ImageJ is a powerful tool for image analysis that is easy to learn and can be extended with hundreds of plugins. Creating a batch processing pipeline on the other hand requires programming knowledge in langauges like ImageJ macros or Python, as well as extensive amounts of additional code for handling the structure of input data, keeping track of data and metadata during the analysis, as well as storing results in a well-organized file system structure.

JIPipe (Java Image Processing Pipeline) provides an alternative to programming a script: A visual programming language that allows the creation of analysis pipelines – without programming – by designing flow charts. These pipelines can be both used for single-data analysis, as well as for creating batch analyses. 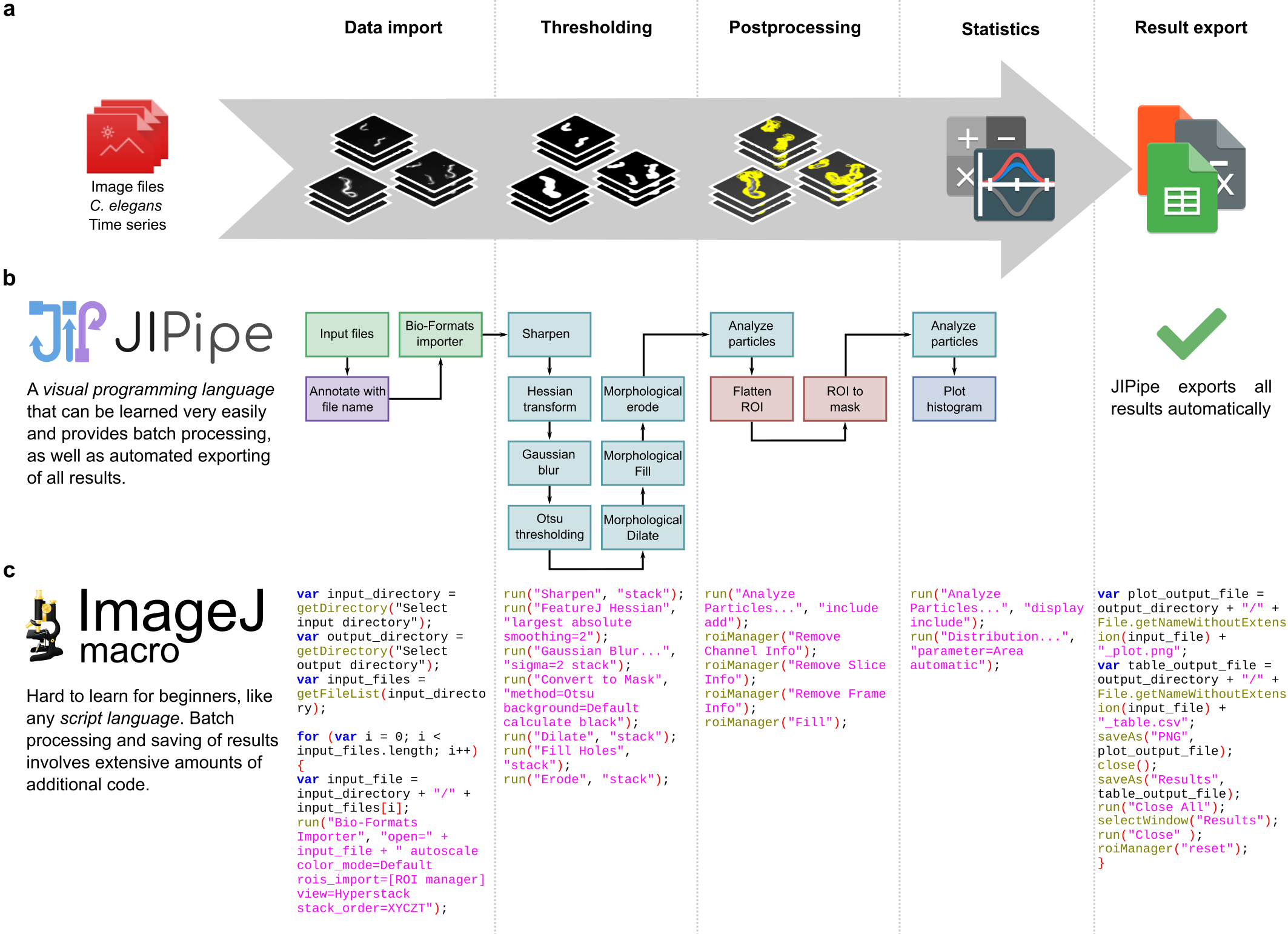 JIPipe allows to create an image processing pipeline with the same steps as an ImageJ macro, while having superior readability, automated management and export of data.

JIPipe was developed with the focus on being easy to learn, yet having powerful features for advanced users. Features include …

Over 1000 functions from ImageJ and commonly used plugins

In a standardized format that contains all metadata and parameters.

Working on data live with changes in parameters shown in real-time.

All parameters, data types, and functions are explained where needed. 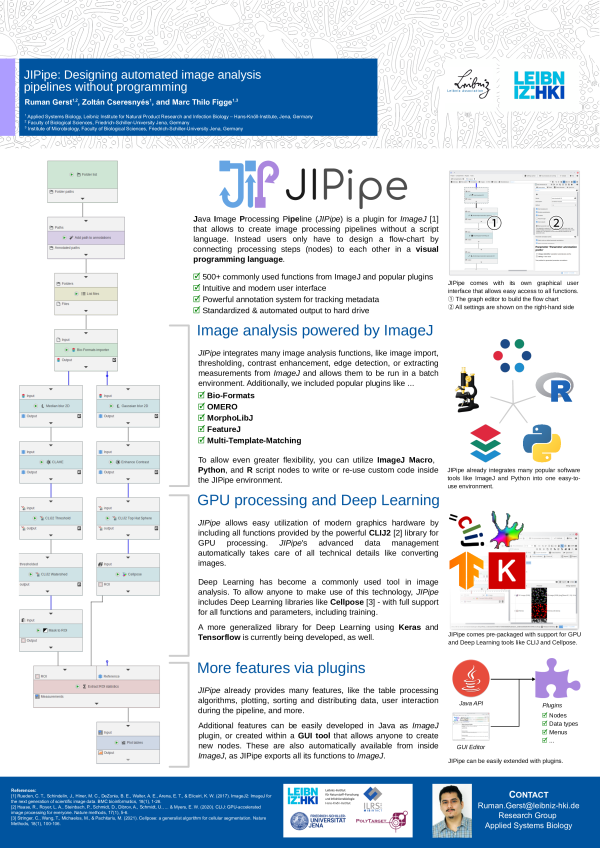